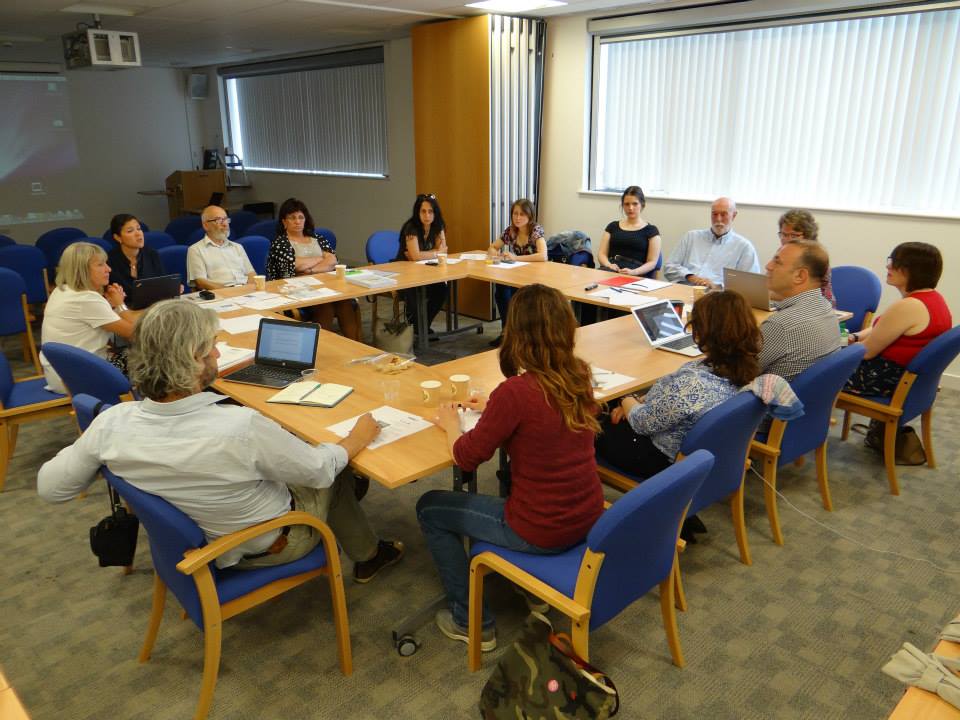 This meeting brought together representatives of all partners organizations, who joined the discussions vigorously and brought ample feedback concerning the action taking place in the various countries. This day and the day that followed were precious because our team was joined by Megan and Mared, two young visually impaired members of the hosting organization. They shared with us all details about what UCAN is, what it does, the annual festivals they organize and are both part of, as well as their roles in the organization. Both young ladies were confident enough and spoke openly about their sight conditions. They reiterated the belief, which the VISION team already upholds, namely that every visually impaired person can live a normal life if he or she gets the support needed and is considered as any other sighted person.

A number of photos are published on the project facebook page and are soon to be found on this web-site :)